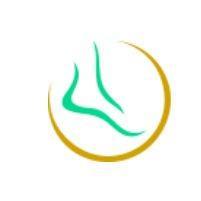 What is toenail fungus?

Toenail fungus, also called onychomycosis, is any type of fungus that develops in one or more of your nails. Fungus is a common condition that affects the feet, which are more prone to sweat than other areas of your body.

When fungus forms on the skin between your toes, it’s called athlete’s foot. This fungus can also develop in your toenails. It typically begins as a small white or yellow spot that grows and spreads.

What are the symptoms of toenail fungus?

You may not realize you have toenail fungus at first, particularly if you frequently keep your toenails painted. While toenail fungus usually starts as a small white or yellow spot, you may notice the following changes to your nails as it worsens:

Many people get nail fungus in their fingernails, but it’s far more common in toenails, which are more likely to be exposed to a moist environment for long periods.

Nail fungus is the result of fungal organisms, most notably dermatophytes. Once toenail fungus enters one of your nails, it can spread to the rest. That’s why it’s important to talk to Dr. Armstrong if you notice changes to the color or texture or your toenails.

While toenail fungus can affect anybody, you may have an increased risk due to:

Your toenails naturally become thickened and more brittle as you age, leaving them more prone to breaks. Even a small crack in your nail can allow fungi to enter and spread.

Fungi thrive in moist environments. If you have sweaty feet and frequently wear closed-toe shoes or unwashed socks, toenail fungus can fester.

If you’ve had athlete’s foot in the past, you’re more likely to have toenail fungus.

Conditions that lead to poor circulation in your extremities, such as diabetes, increase your risk of developing toenail fungus.

How do podiatrists treat toenail fungus?

Dr. Armstrong offers both topical ointments and oral treatments for mycotic nails — those infected with fungus — depending on the progression of your condition. These treatments are highly effective at eliminating nail fungus.

In rare cases, nail fungus can grow and spread to the point that topical and oral treatments aren’t enough to get rid of the infection altogether. If this is the case, Dr. Armstrong may recommend a partial or full nail removal to treat the fungal infection.

Call the office or book an appointment online today to learn more.